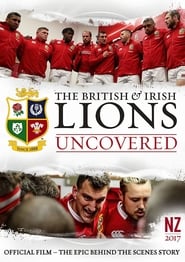 The epic story of how the British & Irish Lions beat the odds It was billed ‘Mission Impossible’, beating double World Champions New Zealand in a Test series in their own back yard, a feat only done once before in the Lions 129-year history. Few outside the squad gave them a chance against the mighty All Blacks, who had not been beaten at home since 2009 a run of 47 matches and 2,849 days. ‘Uncovered’ tells the story of a team of rivals, the best of the best from England, Ireland, Scotland and Wales who came together with a single purpose under Head Coach Warren Gatland. Charting the Tour in graphic detail, this is the unprecedented account of how the Lions took on the most successful sports team in history 10,000 miles from home, against all odds. Witness the real life, behind the scenes journey to the far side of the world where the Lions were roared on by 20,000 travelling passionate fans