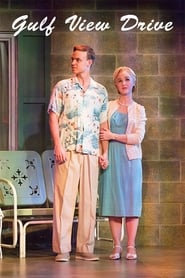 Gulf View Drive picks up almost a decade after May and Raleigh part ways in See Rock City to pursue their separate dreams, keeping faith that they will remain connected and come together again. Having met during the early years of WWII in Last Train to Nibroc and endured the struggles of marriage, family, and work against the backdrop of war and uncertainty in See Rock City, May and Raleigh have relocated to Florida, enjoying their dream house and the security their love brings. The year is now 1953, and May is a schoolteacher while Raleigh has found success as a novelist. Their peaceful home is turned upside-down when Raleigh’s cheerless mother comes to stay for an indeterminate amount of time. With May’s mother and Raleigh’s pregnant sister already living with them, the strain becomes both humorous and unbearable. The final part of Arlene Hutton’s Nibroc Trilogy, directed by Katharine Farmer, was captured by Cinevative at the Rubicon Theatre Company in California. 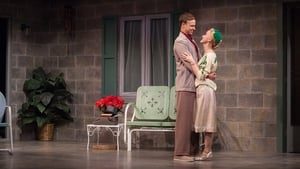