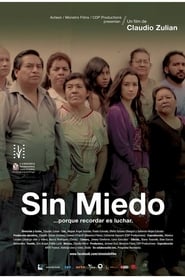 During the years of the civil war in Guatemala (1960-1996) a group of people were kidnapped and disappeared by the Guatemalan army. Thanks to the report of the relatives of those people, in 2012 the Inter-American Court for Human Rights condemned the State of Guatemala for these forced disappearances. Although it is only a matter of 26 cases among 45.000 missing people, this is the first time the State has been directly accused of these crimes.